Just when you think you've seen it all, you see some more. I've written before about how I not only love the McRib sandwich, but how it tends to be too hastily made to really be considered a "sandwich." I doubt I'll have reason to ever complain about that again.

We call it that because we bought a house in a, well, less-than-savory neighborhood. (Don't ask why. Please.) This McDonald's is the only fast food close enough that we can consider it fast. Fast to get there, that is.

This McDonald's has a history of having less-than-(fill-in-the-blank) employees. You know that joke where people say if you can't find a job anywhere else, McDonald's will hire you? This is the McDonald's that does. I doubt a double-digit IQ is required for employment. (For fun, hand them a few pennies after they've opened the till, and watch their eyes freeze like a deer caught in the headlights.)

Believe it or not, I'm really trying to be kind here, though I'm not sure why.

Look, a McRib is a no-brainer. It's an oblong pork patty on an oblong bun, a crap-ton of BBQ sauce, and hopefully some onion and pickles in the vicinity. So imagine my non-surprise when I pulled this from the sack: 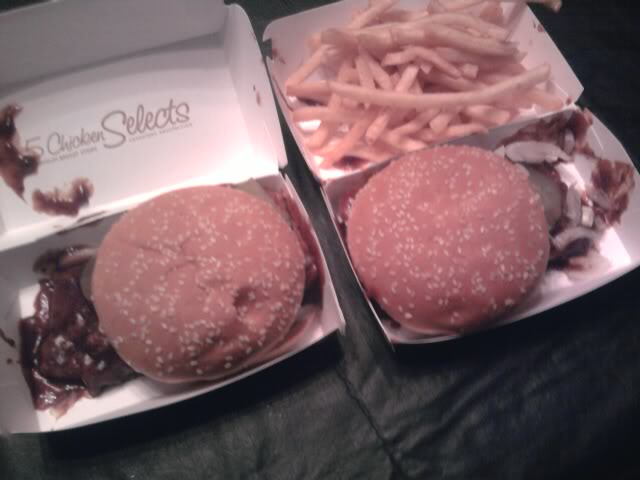 Okay, I'll admit two things: it did taste like any other McRib, and they were probably the least-messy McRibs I've ever had. Still, just not quite right.