While granted today is not April 15, I've still been procrastinating on doing the taxes for the last couple weeks. It's not like it takes terribly long, especially when using online software.   Read More →
Posted February 22, 2008 at 12:02 AM by Michael

I'd buy that for a dollar!

What is one to do when one has promised the children a certain something, yet in the end one just doesn't feel well enough to follow through? Why, bribe them, of course.   Read More →
Posted February 8, 2008 at 2:02 PM by Michael

A license to kill, dammit

Having just had a birthday recently, I got my new driver's license last week. It wasn't a particularly unpleasant experience as BMV visits go, and it's kind of exciting (in that mundune pathetic sort of way) to have a new license with holograms and bar codes and other fancy stuff.   Read More →
Posted January 22, 2008 at 7:01 PM by Michael 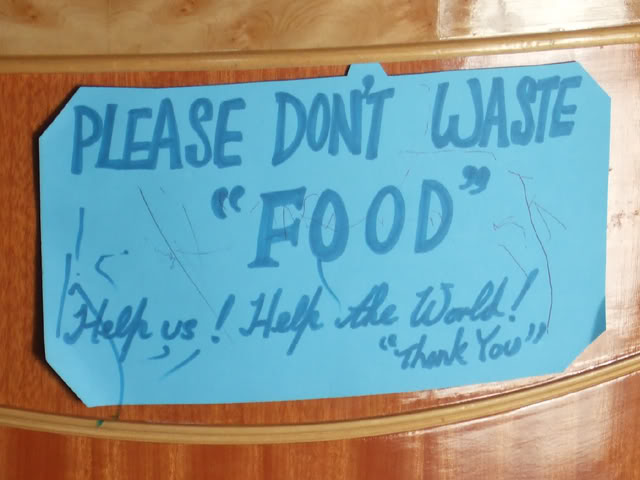 If it's not food, then what is it?

We went to a Chinese buffet restaurant yesterday, and this sign struck me as very funny. In particular, I like the quotes around the word "food."   Read More →
Posted January 21, 2008 at 12:01 AM by Michael

Okay, but don't slow down that much

Be careful what you wish for, you just might get it. After my lament of over-rushed fast food, I guess it's some sort of cosmic irony that our meal last night was anything but fast.   Read More →
Posted December 21, 2007 at 12:12 AM by Michael

The state of math education today

In case you ever wonder why the U.S. is so woefully behind the rest of the industrialized world in math and science...   Read More →
Posted December 11, 2007 at 12:12 AM by Michael

A lot has been happening this week, and I might get around to posting about it later, but in the meantime I wanted to shared an experience we had last night.   Read More →
Posted November 8, 2007 at 6:11 PM by Michael 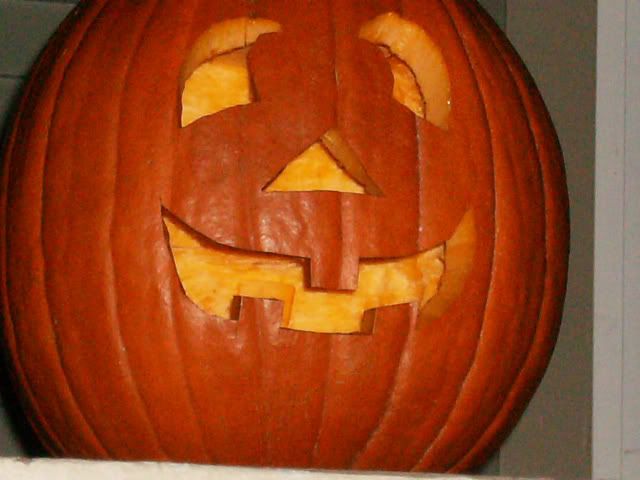 This is our pumpkin this year. I guess he was supposed to be scary, but he came out kind of goofy. Oh well, he'll probably get smashed tonight anyway. I know I'd like to.   Read More →
Posted October 31, 2007 at 2:10 PM by Michael

Our guppies had babies the other day. About thirty of them. I don't know how we'll be able to afford to send them all to college. Seriously, we've had a hard time keeping babies in our aquarium. It's not so much that they die off but that they disappear. It seems every batch of babies we get, we're lucky if even a few survive. We put a floating plant in, where they're supposed to like hiding, but it doesn't seem to make much difference.   Read More →
Posted October 30, 2007 at 9:10 PM by Michael

The saga of the finger (no, not that one)

Actually, it is that one, but it's not what you think. I blogged a couple weeks ago about my tribulations making cheeseburgers for dinner. So as it happens I was making dinner Sunday when again I got splattered with hot oil. This wasn't one of those, "Ow, that smarts" for a second kind of splatters, but a "Ow, that smarts, and it looks like it's starting to swell and gee, it really burns and stings, too" kind of splatters. And swell it did. By Monday morning I had this huge thing on my finger that kinda looked like a large wart.   Read More →
Posted October 25, 2007 at 1:10 AM by Michael