Refusing to cooperate since 1996

Just when you think you've seen it all, you see some more. I've written before about how I not only love the McRib sandwich, but how it tends to be too hastily made to really be considered a "sandwich." I doubt I'll have reason to ever complain about that again.   Read More →
Posted November 4, 2010 at 11:11 PM by Michael

I saw a UFO

Let me be very clear about this: I am not saying this was some kind of alien spacecraft. I couldn't tell what it was, therefore, I couldn't identify it. It was flying. Obviously it was some kind of object. Q.E.D.   Read More →
Posted October 8, 2010 at 2:10 AM by Michael

I saw a bird poop today

I saw a bird poop today. Okay, not terribly exciting, but usually all you get to see is the results (mostly likely on your car) and maybe you'll see it drop from the sky (and hope it's not over your car or, worse, you). But today I watched a bird in a tree as he flexed his little birdy butt muscles for what seemed like five minutes until — squirt! — he pooped.   Read More →
Posted April 28, 2010 at 9:04 PM by Michael

If you won't play, I'll make you play!

I've introduced Zoe before, our Jack Russell terrier. What I never got around to doing is posting any photos of Lucy, our other Jack Russell. Zoe turns four this year, but Lucy's pushing six months, so very much still a puppy. For the most part, Zoe tolerates Lucy, but I use the term loosely. Most of the time, Zoe can't be bothered.   Read More →
Posted April 16, 2010 at 1:04 AM by Michael

We just got back from a few days in Louisville. One of the highlights for us of any trip to a new city is the flea markets and antique shops. This tag was attached to a Buddha figurine. I don't know much about Buddhism, but fragil must be some sort of special form of enlightenment. Maybe its like Scientology. But I hope not.   Read More →
Posted March 20, 2010 at 2:03 AM by Michael

I'm not sure I like where this is going

I've been sick for the past several days, with the congestion, sore throat, coughing and headache. I thought I'd ride it out, but I missed two days work and wasn't feeling any better. This afternoon I finally decided to go to the clinic, where I was diagnosed — to no big surprise — with a sinus infection. Yay, more pills to take!   Read More →
Posted February 28, 2010 at 1:02 AM by Michael 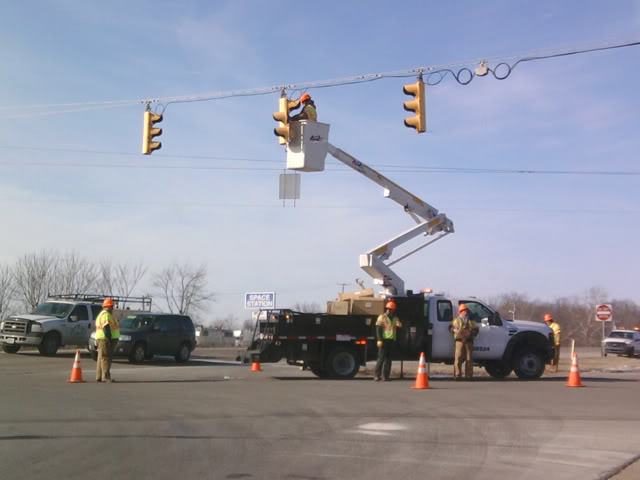 How many DOT workers does it take to change a light bulb?

The answer, apparently, is seven. There's one behind the truck (you can just make out his feet by the rear tire) and another in the cab. Tax dollars at work. I don't think this is the kind of "putting people to work" Obama had in mind.   Read More →
Posted February 19, 2010 at 9:02 PM by Michael

I did a lot this morning, and sucked at all of it

The missus took our oldest to work with her this morning, so that left me to entertain the younger. I chose to take him to the Y because, basically, it's already paid for.   Read More →
Posted February 14, 2010 at 12:02 AM by Michael 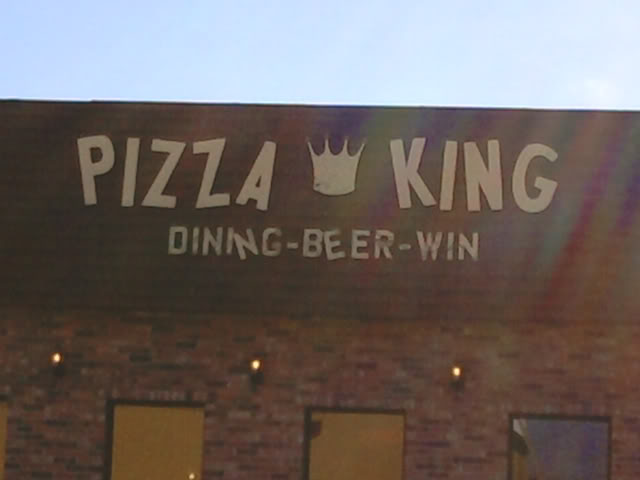 One of my favorite sites that I visit regularly is failblog.org. Most photos are facepalms, but sometimes a photo is such awesomeness, it's christened a win. This is one of the first, if not only, times I've actually stopped to snap a picture of something that catches my eye. I saw this today and, well, how could you not want to eat here? Total win.   Read More →
Posted February 11, 2010 at 7:02 PM by Michael 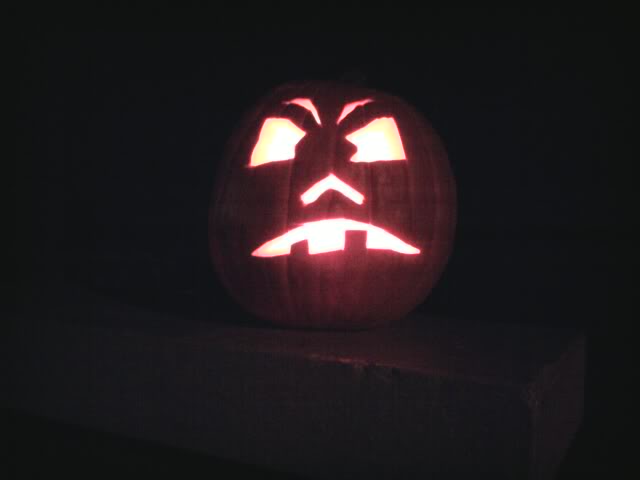 Once again we procrastinated regarding our jack-o-lantern, but not content to procrastinate as in Halloweens past, we waited until Halloween day to carve that gourd. Nothing gets you in the spirit of Halloween like driving around town hoping to God to find a store or produce stand that still has pumpkins in stock. Nada. Well, mostly. There was one stand that still had a few. By the way, all the carving kits were sold out too. I had to use a dull steak knife. Does it show?   Read More →
Posted November 1, 2009 at 9:11 PM by Michael