The rewards of being a railfan

Despite some high winds, we had some terrific weather Sunday, so we took a drive out to Dogtown where we like to stop under the trestle because trains pass by there every thirty to sixty minutes (or more frequently).   Read More →
Posted November 15, 2011 at 7:11 AM by Michael

Its funny how our tastes change as we get older. Like most kids going trick-or-treating, there were certain candies I dreaded getting, chief among them peanut butter kisses (you know, those nondescript things in black and orange wax paper wrappers), Bit O' Honey, Mary Janes, and anything licorice. And that was okay, because Dad would make that great parenting sacrifice and eat that stuff for me. Now, as a parent, I make that mighty sacrifice myself and consume the licorice and peanut butter kisses the kids bring home. Yum.   Read More →
Posted October 18, 2011 at 6:10 AM by Michael

Wow, it's already been over two weeks since Labor Day and I still haven't gotten around to posting the photos from our latest outing. Maybe it doesn't feel pressing since we did the same thing we did two years ago. The difference this year, though, is we knew what to expect.   Read More →
Posted September 19, 2011 at 10:09 AM by Michael

It's my birthday, too, yeah!

I don't usually like to toot my own horn when it comes to things like my birthday, but I figured what the hell. So for no other reason than I can, here are people with whom I share this day.   Read More →
Posted January 12, 2011 at 5:01 PM by Michael

I took this last Thursday, and it's taken me this long to do something with it. So sue me. Also, not terribly exciting. Boo hoo. Ya know what? It's not often I get the chance to actually film a train in motion, so when I get it, I take it.   Read More →
Posted November 22, 2010 at 2:11 AM by Michael 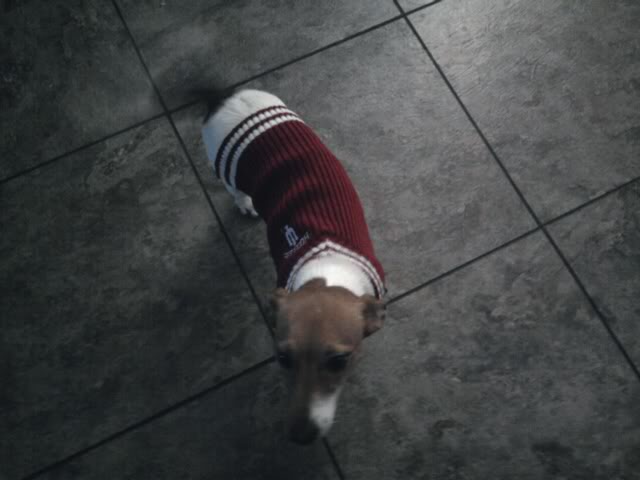 I know I haven't written much about Lucy, the younger of our two Jack Russell dogs. If Zoe (the other one) has a fault, it's that she's just not down with wearing clothes. As soon as a dress or sweater goes on, she thinks it's time for a ride and starts into the non-stop whining like a six-year-old on Christmas Eve. Lucy on the other hand, is fine with clothes, to where we think she looks "naked" without them.   Read More →
Posted November 6, 2010 at 6:11 PM by Michael